Casey is a female contestant currently competing in Object Overload.

Casey is always happy and she is very fun-loving, though some would consider her stupid, she is ditzy and tends to confuse herself, her personality is thought to be funny.

She didn't have that much screentime in the episode, in the challenge, the dodgeball hits her head, making her become dizzy, in the process, fell off.

Again, she didn't get some screentime, she was picked on Clock's team, in the challenge, she was guided by Cherries, who killed her in the process because they were arguing, Casey lost the challenge anyways and was up for elimination.

She was seen, asking Snowglobe what's Lighter's problem, interrupted by Gamey, when he asks if Clock's team is ready, she says "no", but the elimination starts anyway, at elimination, she says that voting for another contestant to be eliminated was a scary thought, she was safe at elimination, when Lighter was eliminated, she asks where is Lighter going to land, hearing that the cannon is capable of sending an object to space, she says "Ouch!". When Kite asks how the elimination went, Casey said it was awesome because they voted for Lighter to get out. At the challenge, she asks where is the Cherries. Although they told Gamey to get rid of each other, when Gamey hits the statue and Melon got squished, Casey asked what should they do to the statue, Locky quickly replies that they should carve the face. When TV advertises as Candy, Casey thought it was cool. Her team lost yet again.

She was seen gazing the clouds until Dusty appears and says: "Hey there Casey, what are you doing?". With a quick reply, she says that she is watching the clouds. When Dusty said that one of the clouds look like him, and another and another, she says she gets it. And asks if it's time for the elimination, but Gamey interrupted her. She was safe at elimination, when Snowglobe asked why did the people voted for Top Hat, she replied that he messed up the challenge, when Gamey asked if everyone was ready for the challenge, she said no, but the challenge starts away. When Snowglobe was climbing the tree, Casey told Snowglobe to keep climb and don't look down, but Snowglobe idiotically looked down, resulting of him falling down the tree and landing on the ground, killing him, Casey then makes a weird face and Snowglobe gets recovered. Snowglobe then says that telling him to "not" look down, increases his chances of looking down, making Casey apologize. Then she stops the finish flag, Snowglobe quickly gets to the top (although broken) and wins the challenge for his team.

She was seen being space commanders with Popcorn, where it's to save a space puppy. Although Casey is getting "attacked" by space pirates, which wasn't in the game, Popcorn then gets in an argument with Casey shortly, until they decided to play "Save the Puppy", and asks if the puppy can have three eyes. When Gamey announces it's challenge time, she asks what's the challenge. Where it's to ride across the Rapid Rapids with a boat, however, she was scared of it (also the contestants). In the challenge, when her boat's motor turned on, she says "Yahoo!". Her team lost again.

She was seen greeting Clock, then Clock starts shouting at her that Boombox's team are backstabbers because they said that Clock's team switched the sign, then Clock tells Casey how hard it is being the team captain and said that Casey doesn't know, making her cry. At elimination, as always, she was safe and got mud on her face. At the challenge, Clock told Casey to go with Snowglobe, throwing her stick she was using in the process, slicing Melony and killing her. When Tiki was getting the boat, Casey appears out of nowhere and commands them to stop and tells that the boat is officially her team's, making Tiki beat up Casey and flung her into the sky. After being flung away, she reappeared stopping Fly Swat, and tells him that she's bringing Kite back and there is nothing that he could do about it, being kicked by Paper Airplane, she charges at him, only to trip over a twig and falling on her face. After Kite was found, her team lost yet again.

Where Casey is From 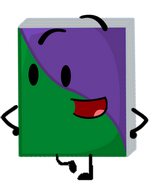 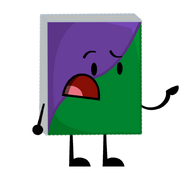 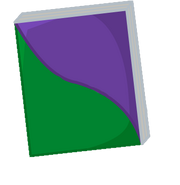 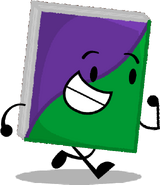 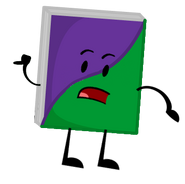 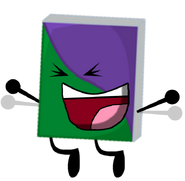 the user:TheMegaObjectShowFAN1234's version of casey
Add a photo to this gallery
Retrieved from "https://objectshowfanonpedia.fandom.com/wiki/Casey?oldid=506208"
Community content is available under CC-BY-SA unless otherwise noted.