Candy is a female contestant in Object Overload. She was placed on Team Time.

She is very nit-picky and stuck up. Candy's best friend is Globe, who she constantly treats globe like trash because he is, and because she thinks he dislikes the change in her stripes. Candy decides to make them green, and yet they return to red an episode later.

Candy is the first character to be seen on screen. She asks Globe if anything is different when Globe doesn't see the new change, Candy calls him a numb-skull and walks over to Kite, who is trying to fix Toaster. Due to this, Kite tells Candy that she is busy.

She gets sick, as she was bitten by a snake. She was supposed to be eliminated, but the episode didn't come out and was canceled.

Where Candy is from 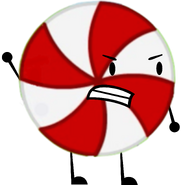 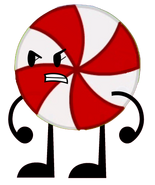 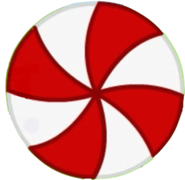 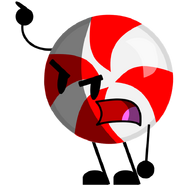 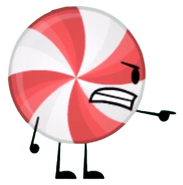 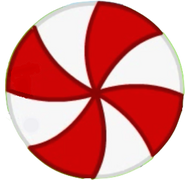 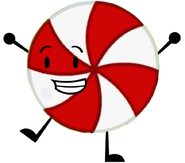 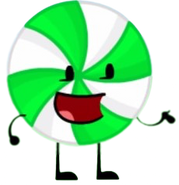 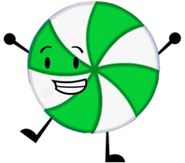 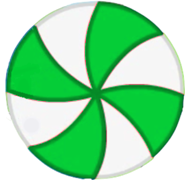 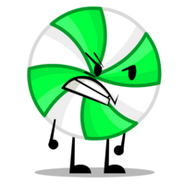 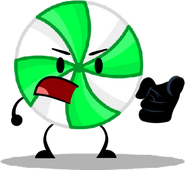 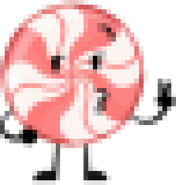 new
Add a photo to this gallery
Retrieved from "https://objectshowfanonpedia.fandom.com/wiki/Candy?oldid=509021"
Community content is available under CC-BY-SA unless otherwise noted.