Burrito is a male contestant and the secondary antagonist on Object Mayhem. He was a member of Team Fishers and later The Dancing Candles.

Where Burrito is from 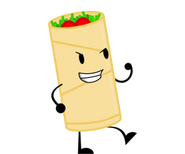 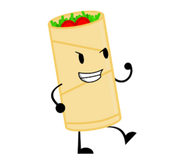 Add a photo to this gallery
Retrieved from "https://objectshowfanonpedia.fandom.com/wiki/Burrito_(Object_Mayhem)?oldid=522547"
Community content is available under CC-BY-SA unless otherwise noted.