Hey guys! Qman here, and this is a show that was originally going to be posted on my YouTube channel by the same name... But voice acting... Yeah... Now, I'm bringing the original script from the voice acting to this new Fanfiction. Here are the 14 contestants that were going to be stars!

Gallery of characters in alphabetical order. (With Star first) 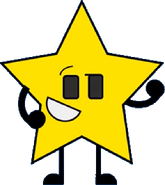 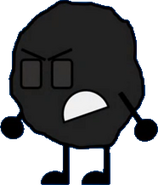 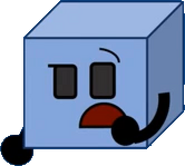 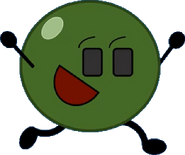 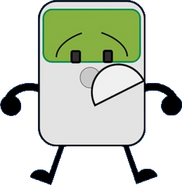 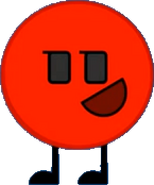 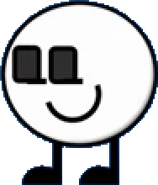 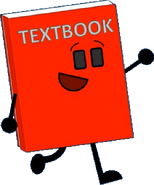 Intro picture
Add a photo to this gallery

Two objects sit in a dimly lit office. A dark brown rug lies under the piles of newspapers, financial papers and other business necessities. The two objects sit silently as one of the objects, sitting in a thick leather chair behind a big bulky desk, shuffles through what seems to be an endless the supply of papers. The other object, glows softly as it silently sits there on a rustic old stool. The glowing star has a look of worry as the business man puts down his papers with an unsatisfied gaze. "You know, Ms. Nebula, that our budget has been going down due to your slaking lately." The man said. He silently gazed at the Star as if she was a criminal. The young star then suddenly spoke. "I...I wasn't slacking sir..." Star mumbled softly. She knew that this was probably the end of her career. She had been trying so hard to pay off her debt. She knew this was the only way she can make enough money to survive in this world. The man soon continued to speak. "I know your debt is quite high, you need this job to get on your feet... but" The man soon trailed off. The Star knew what was coming. This is it, looks like she will have to start begging for another job. This was all her fault, she couldn't let this happen, before she could think she spoke. "DON'T FIRE ME!!!" She blurted out. She covered her mouth, she knew she shouldn't have said that. Now, any chance she had of not being "let go" has completely depleted right now. It was the end. "I'm not firing you..." He replied. The room sat silent as the young "Ms. Nebula" gazed upon her boss with a surprised face. She thought she was a goner. She sat up in her seat as she stood still waiting for him to say it was a joke. The room was silent for a few more minutes until the boss soon started speaking again.

"I know you are quite surprised" he explained "and I bet you will be more surprised when I tell you this." The man leaned under his desk and took out a normal beige folder with 14 tabs layered inside. "This folder has the information for your new job." The man said.

"Wait... A new job? Does that mean..." The young star suddenly lit up, as her face gleamed with excitement. Her boss made a tiny smirk, ready to confirm her impression.

"Yes, I'm promoting you." The man responded. At this point, Star wanted to jump out of her chair and run around the entire building boasting about her promotion, but of course, this was a definitive business. Such behavior would be "unsatisfying" as her boss would say.

In response to the new turn of events, she quickly picked up the folder that has been laying on the desk. She carefully took note of the contents of the folder. The tabs, in order, stated "Darty", "Charcoal", "Textbook", "Watermelon", "Medal", "Pepperoni", "Flashcard", "Sword", "Dodgeball", "Pingy", "Cubit", "Sampsun", "Night Light" and, "Cursor".

"What is this suppossed to mean?" the young Star questioned. She knew they were objects, but she never heard of them. Maybe they were from a foreign area perhaps?

"You will find out in the due time..." the boss explained. "For now, let me tell you this, you will pick up hosting duties soon."

With a slight grin, the Star sat up from her seat and firmly shook hands with her boss. As she left, she wondered what all this meant, and what it would mean for her.

"Hello Cubit! What are you going to do today?" an excited Watermelon walks up to a small blue flying cube. As the cube begins to make an answer, a green Dodgeball flies on screen and hits the cube far away.

"Dodgeball! What happened?!" the Watermelon questioned. She had a look of confusion and dissapointment as this ball interupted her conversation.

"I'm sorry! But that mean black thing over there hit me!" the dogeball pointed to a steaming hot peice of Charcoal. The Watermelon, with an upset face, marched slowly over to the Charcoal, ready to confront him.

"What's wrong with you Charcoal?!" the angry fruit questioned, she was annoyed by his constant acts of bullying and torture.

"It aint my fault!" the Charcoal answered. "That idiot over there bumped into me and didn't say 'Sorry'!" the Watermelon was surprised. How could her own friend bump into someone and not say 'Sorry'?! Well, he was his friend too, she thought．

"I'll go talk to him..." the Watermelon stomped angrily towards the Dodgeball as she picked him up. "HOW COULD YOU DO SUCH A THING TO A FREIND OF YOURS?!" the Watermelon yelled.

"Wha-what did I-i do...?" the Dodgeball studdered , terrified . He was even more terrified by this angry Watermelon than that raging Charcoal.

"It's just too easy..." the Charcoal said behind Watermelon's back. With a big grin, he walked off, watching that Dodgeball get verbally abused by that idiot fruit.

"But I never touched him!" Dodgeball sadly said. "And he's not my friend!" Dodgeball added under her breath.

"What?" Watermelon said even more angrily "DID YOU JUST CONTRADICT ME!? Well I see why Charcoal threw you!" And throws dodgeball. Dodgeball bounces off of Cubit (again) and hits Cursor.

Suddenly a star comes rushing up. "Oh wow *pant* I finally found *pant* you guys! The lump black thin-- oh *pant* forget that. Are you Cursor and Watermelon? Oh *pant* that's dodgeball. Star takes out her canteen and pours the last drops in.

"Oh you mean charcoal? He's the mean one." Cursor says.

Meanwhile, Sword, Pepperoni , Pingy and Flash card are playing hide-and-go-seek when a blue cube hits Pepperoni out of a bush and Sword says " Ha! Found you!"

"But it was Cubit's fault!" Pepperoni quickly answers. Suddenly Cubit goes flying again and is cut by Sword. She then comes out of the regenerating machine.

Flashcard runs out from behind a tree and says :" Its hide and go seek tag! You still haven't tagged him yet."

Pingy bounces out from behind the vast generating machine and says:"Hey look it's a star! What's that doin here?

Soon everyone knows about the star as their hostess of their show, called Battle on Volcanic Isle.

"It's NEVER okay for NightLight! Don't you know Sampsun?! NOTHING IS EVER OKAY WITH NIGHTLIGHT NEVER NOTHING IS EVER OKAY!!! ABSOLUTELY NOTHING!!! We've lived on this island our whole life! You should know that! We've lived on this volcanic isle--Wait, if we live on a volcanic isle you how did this weird celestial body get here !?" Charcoal screamed.

Everyone but Sampsun- because he had known about planes while surfing on the internet and NightLight -because he was too scared: "Yeah! How did you get here?"

Cursor:"Didn't you already say that?"

Star "Challenge one: staying on the tiles , just if you are wondering they levitate. Oh yeah! I almost forgot! There will be dodgeballs too."

Dodgeball:"am I going to be in a cannon?!"

Star:"No! Of course not! Each person gets five dodgeballs , but if someone misses, and the ball lands on your tile, you can throw the dodgeball that landed on your tile."

Dodgeball has a sigh of relief.

Suddenly the all get sprung up (apparently they were on a giant green bouncy thing) Night light screams and Charcoal kicks Flashcard, who yelps in pain.

Everyone other than Cursor lands on a blue levitating tile, Cursor falls into a pit.

"Okay then now we decide what is in the bottom of the pit..."Star spins a casino machine, it's content says:water lava nothing a pit water lava books plastic bananas curtains cheese acid paper. And it lands on nothing .

Cursor, sitting in the pit says:"well that took a long time, wait shouldn't there be nothin?" "Oh whatever."

All the dodgeballs fall

All of Cursor's dodgeballs hit him.

Charcoal's Dodgeball hits dodgeball, Causing him to fall off, but unlike Charcoal was hoping,Dodgeball also knocked his own dodgeballs off.

one of his Dodgeball's dodgeballs almost hits Nightlight and he screams and jumps off.Watermelon, seeing this does a Face-Palm.

NightLight and Dodgeball's tiles fly away.

Star:"Cubit is automatically disqualified, because he is not actually on the tile. Oh! And the tiles fly away after you get off, just incase you are wondering."

Charcoal throws a ball at high speed. It slices Watermelon, spraying juice everywhere. Watermelon tilts, and falls off the tile. Her tile flys away.

All the juice hits Cursor, then the top of Watermelon. As he spits out a seed, the bottom half of Watermelon hits him. "How unlucky am I--" All the recommended charecters hit him, than bounce off again.

NightLight falls in the water, screams, and dies. Cursor gets electrocuted .

Pepp:"oh.." Pepp. Says As jumping over a dodgeball.

Dodgeballs are still flying in the background.

Fla:"Welp, do you want to knock Textbook off?"

A dodgeball hits Sampsun in the background.

Flashcard gets knocked off

Pepperoni then gets knocked off by a dodgeball thrown by charcoal

Seen flips to a TV, where Sampsun has just disappeared.

Screen switches back to show 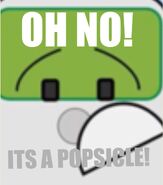 Cursor on the blue background, shrinking

Cursor in the introduction

Sampsun Uni 4s and Nightlight in the introduction

Sword and Flashy( Nickname for Flashcard ) in the introductor

Textbook and Pepperoni in the introduction

Medal and in Watermelon the introduction

Star in the introduction

Cubit, Dodgeball and Pingy in the introduction

Old Grapes (Credit to Jordan)
Add a photo to this gallery

Retrieved from "https://objectshowfanonpedia.fandom.com/wiki/Battle_on_Volcanic_Isle?oldid=282191"
Community content is available under CC-BY-SA unless otherwise noted.