Object Shows Community
Register
Don't have an account?
Sign In
Advertisement
in: Adopted articles, Infinityblade2995's Articles, A to Z,
and 17 more

This is a camp by Infinityblade2995. Sign up and get inta the game! You can take two characters if you like. Oh yeah and btw the camp has started.

3/8/15: Sorry PikminComet that I had to put you as Woody and Gelatin instead of Woody and TB although you commented before Diamondcup. I was rushing, so instead of telling him that you already signed up as TB, I figured since you listed three, you'll be Woody and Gelatin. Forgive me. Also, I can't believe in just 12 hours, we got 13 contestants taken already. Thx to everyone who's signed up thus far.

10/8/15: You guys are so embarrassingly dumb. Use your common sense 4 teh challenge!

Win Token - Slices half of your votes. If you have an odd number as your number of votes , it will not round off to the nearest whole.

Troll Pass - Like my pass from the BFOP camp. Automatically gives a contestant 3 dislikes.

Immunity Pass - You can skip a challenge and elimination. (NOTE: This does not work in the final challenge)

Nether Swap Token - Swap your votes with a random person using random.org. If the swapped contestant is still alive, that person gets a swap token.

Swap Token - Swap your votes with someone else. 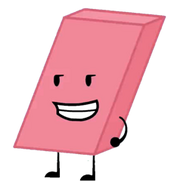 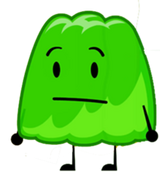 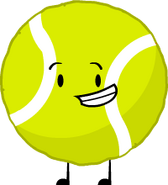 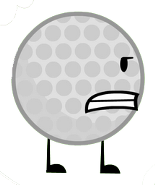 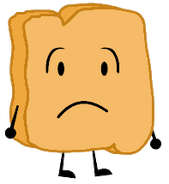 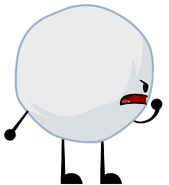 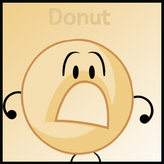 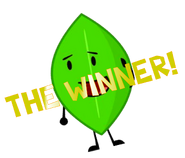 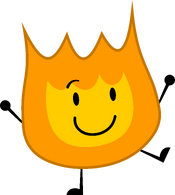 For challenge 1, you will have to punch a shark. You can punch it at the gills, the eyes, or the mouth. If you are eaten by the shark, you get -5 points. If the shark ignores you, you get 0. If you hurt the shark bad, you get +5 points. Posts results in comments. Challenge ends on 00 40 UTC on August 7th.

Credit to Hurricanehunterjackson for challenge.

Sorry Gelatin, but you're eliminated.

You must answer this question here.

Q: What is my favorite hobby other than going on this wiki?

I don't sprint nor ski that often, and I like playing the piano but overall, animating is more enjoyable for me.

Since Noisy Clowns only have 2 people who guessed it correctly while LR has 3, I guess that means that Noisy Clowns loses again.

Vote a member of team Noisy Clowns to be eliminated. Voting ends at 9:00 PM EST the next day.

Voting eds early bcuz there is no way TB can survive.

Pick a number of 1-14. I will randomize the number using Random.org.

The randomized number was 8, so Lightbulb wins, and Noisy Clowns need to step up their game as they lost again. Like Team Epic and Team Chickenleg.

Vote in a like/dislike format this time.

Pin gets a Win Token. (You know what it does)

Just type in comments with your character: "I climbed the tree"

P.S If you fail to type it correctly, for example, you type "I climb the tree", you will not do very well.

Credit to HHJ for challenge.

After calculating the score, Team Noisy Clowns has finally won.

Do not vote using like and dislike this time. But vote one member of Lab Rats to be eliminated.

Knife has been eliminated.

You must guess where I was born

Do it in the comments.

Since nobody got it correct, both teams are up for elimination.

But It's not a double elimination. Everyone is up for elimination, but only one will be eliminated

GB has been eliminated. So techinically Noisy Clowns lost again

Send me a character and it's object show and I will rate how much I like the character. (P.S You are not allowed to use my OCs. Credit to HHJ for challenge.

On average, it seems that Noisy Clowns win. (P.S I calculate in terms of how many members in team)

Vote one of Lab Rats to be eliminated.

Firey, you have been eliminated.

3. What is my favorite part of Science?

D. All of the above

4. What is my favorite food out of these?

5. What is my favorite football team?

Vote one of these helpless people below. They'll only have 3 members left by the next challenge.

GeometryDashOreo Master has been eliminated from the camp.

Predict whether there will be a solar eclipse in Goiky. Just say "Yes" or "No".

Whoever said "No" is wrong. I guess that means they're up for elimination.

I thought that since my iPad and CP were not working I would have to leave. But thank god that isn't true.

Anyways, you must guess what I do.

Woody won the challenge, so everyone else is up for elimination.

TD is eliminated with a record low three votes.

Keep in mind that you start from the middle tile in the first row.

Woody, Donut and Eraser are up for elimination. Vote quickly.

Voting has ended. Only a few voted, but Eraser and Btd456creeper have been eliminated. You played fine Btd456creeper.

Winners are Lightbulb and Pen with 88 and 87. So vote for Pin, Woody, Leafy or Donut.

Pin and Diamondcup are eliminated. You played very well but had no time to think for the challenge.

Final 5!! Awesome. But the challenge is plain. Choose a number between 1-5.

Cedricblocks is excused so she gets 3.

Donut wins, and Lightbulb, Leafy, Woody and Pen are up for elimination.

Woody has been eliminated.

Answer this series of questions.

Pen wins so Lightbulb, Leafy and Donut are up for elimination.

Lightbulb and Donut tie, but Donut lost the tiebreaker.

DYou are stranded on a deserted island. What will you do now.

A. Swim for your life (9% chance you'll survive)

Apparently the two L's (Lightbulb and Leafy) risked taking B and failed so they're up for elimination. However, at this point of the game, it really is up to Pen. Since Lightbulb and Leafy will probably vote each other.

Comment why you want to win. Then I will rate it.

Leafy wins with a perfect 30/30. Gg everyone

16th - Gelatin - You were probably eliminated for losing the challenge for your team.

15th - Tennis Ball - I have no idea why you were eliminated, maybe it could've been the pose.

14th - Match - I don't know why you were eliminated either.

13th - Knife - Probably because you messed up in the challenge.

12th - Golf Ball - Probably because Pin voted you, then Woody, then Pen, then pretty much everyone.

11th - Firey - Probably cause you didn't do the challenge.

10th - Flower - You got every question wrong.

8th - Teardrop - Some people thought she did bad.

7th - Eraser - Probably for getting the lowest score.

2nd - Pen - Your reason was good, but not good enough.

1st - Leafy - Very emotional reason to win Lasted a long time, and after everything, won fair and square.