Note: ONLY BROWNFAMILY1108 CAN EDIT!!! Less you give me permission.

Battle For Burger King is a camp made by BrownFamily1108.

Sign ups are closed, but you can still recommend a character! 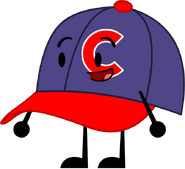 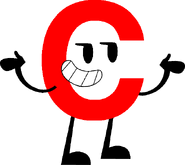 TV, The Queen Of Results (Female)-BrownFamily1108
Add a photo to this gallery

Lampy, The Normal Girl (Female)-Bfdi is the best 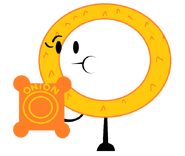 Onion Ring, The Hungry One (Female)-AwesomeAquamarine 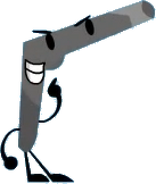 Forky, The Nice One (Female)-Bfdi is the best 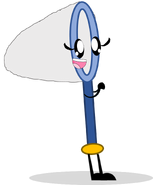 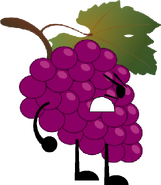 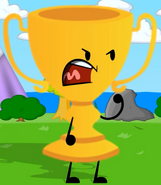 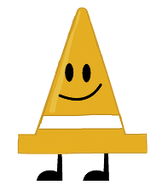 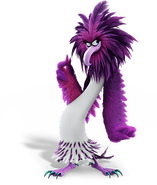 Zeta, The Princess (Female)-Halee.09
Add a photo to this gallery

Personalities of the contestants

Lampy - She is a mature and friendly contestant, but she worries sometimes. Friends: Everyone, expect enemies. Enemies: Grape, Gun.

Domino - He is considered one of the "cool guys". He is optimistic and somewhat caring. Friends: Lampy, Forky, Remote, Banana, Hourglass. Enemies: Grape, Gun

Onion Ring - For some reason, Onion Ring is always hungry, she hates doing challenges on an empty stomach. She is really quite nice Friends: Forky, Lampy. Enemies: Grape, Gun.

Hourglass - The typical valleygirl. Nice, though she can be rude to her enemies. Friends: Banana (love-interest), Lampy, Forky. Enemies: Grape, Gun

Lollipop -' She is known to be the biggest fan of object shows, she is also nice. Friends: Everyone, expect enemies. Friends: Grape, Gun.

Flashlight - He is the pessimist, but not sarcastic. Friends: Lampy, Remote. Enemies: Grape, Gun

Gun - Gun is the typical mean character, Some may say he's not that bad when actually his heart is stone cold. Grape is mean, but he is hot tempered and isn't that smart, Gun on the other hand is mean, somewhat cold tempered and quick thinking. He is supposedly from the United Kingdom. Friends: Grape. Enemies: Everyone else.

Forky - Forky is shown to be kind-hearted, helping people, she tends to be very nice and helpful. She is based off of Leafy from BFDI. Friends: Everyone, expect enemies. Enemies: Grape, Gun.

Remote - He is the smartest character of the cast. Friends: Domino, Banana, Lampy. Enemies: Grape, Gun.

Orange - He has a personality similar to Rocky from BFDI and Taco from II. Instead of puking barf or lemons, he pukes out strawberries. Friends: Lampy, Bag, Netty, Cone. Enemies: Grape, Gun.

Netty - Nobody knows how she became the person she is right now. She is super hyper, extremely speedy, and unspeakably obnoxious. When she gets excited or happy, she tears like heck around the place, and when she's bored, she makes annoying noises. She's either had a lot of sugar, something really good happened to her, etc. The world may never know. She tends to talk a whole lot, and really REALLY loves butterflies. Friends: Everyone, expect enemies. Enemies: Grape, Gun.

Flasky - She loves to go on adventures, and the fact that she's armless isn't stopping her. She wants to be the first to boldly go where no object has gone before. Friends: Scrolly (best friend), Orange, Lampy, Forky. Enemies: Grape, Gun.

Scrolly - He is best friends with Flasky and the two often go on adventures together. He knows that when the contestants are boldly going where no object has gone before, he and Flasky will be leading the way. Friends: Flasky (best friend), Lampy, Orange, Forky. Enemies: Grape, Gun.

Grape - Grape is an uncaring and mean contestant. He almost never helps with challenges and bullies other contestants like Lampy, Domino and Forky. He is hot-tempered and slighty evil occasionally. Friends: Gun. Enemies: Everyone else.

Waffle - He has a kind and sensitive personality to others, but he is fat. He is based off of Spongy. Friends: Lampy, Forky, Bag. Enemies: Grape, Gun.

Bag - Bag is very nice, but she is a pushover. She tends to be pushed by Trophy and Omega Tiger Woods a lot. Friends: Forky, Lampy, Cone, Orange, Flasky, Scrolly. Enemies: Trophy, Grape, Gun

TNT - Even if TNT is friendly, but he is a loner because people thought he looked like a jerk. Friends: Forky. Enemies: Grape, Gun. 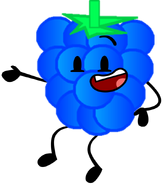 Pixar Ball (Male) by Cutiesunflower
Add a photo to this gallery

Retrieved from "https://objectshowfanonpedia.fandom.com/wiki/Battle_For_Burger_King_(BFBK)?oldid=490332"
Community content is available under CC-BY-SA unless otherwise noted.