A Better Name Than That (BFB)

Basketball was one of the 30 recommended characters who had a chance at joining the game during The Reveal and Reveal Novum. In the audition video, Basketball said that tennis balls aren't the only ones with lines. She failed to get into the game, though, receiving only 5 votes and placing 22nd, along with Clock.

In Episode 15, Basketball is limbless and is recommended by kookyguy55.

In Episode 21, Basketball has arms and legs, and was recommended by murphygundo, and was one of the recommended characters to vote for Ice Cube.

Basketball also could have joined BFDIA in Yeah, Who? I Wanna Know, but only got 86 votes, placing 44th, and she was flung to the LOL once again.

In IDFB, Basketball, along with the other characters that are held inside the LOL has a chance to join the show via a viewer voting. Basketball was given a redesign as well, which now has a shinier look.

In Battle for BFDI, she is a member of A Better Name Than That. She thinks she is too bouncy when Blocky fell down by Robot Flower.

There is another Basketball in Object Madness. Basketball is a male and was placed on Team A, who won the first challenge.

There is also another Basketball who competed in The Medal Brawl. He didn't participate in the first challenge due to having no arms, and his team wins the challenge.

She joined at TQOSE 4.5 and she got eliminated first at the season and she rejoined.

Where Basketball is From

She will appear in a future episode, and will be the Globe opposite. Globe is male, Basketball is female.

She also stutters a lot, and sounds like Bomb. 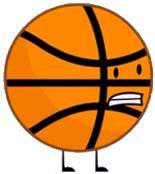 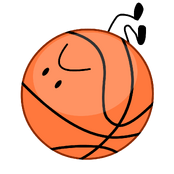 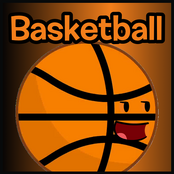 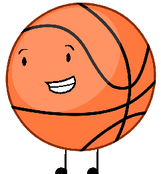 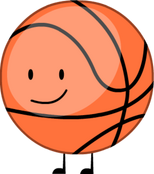 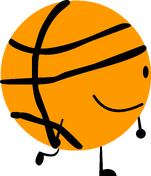 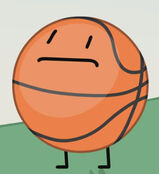 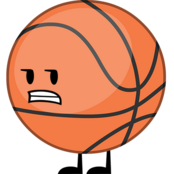 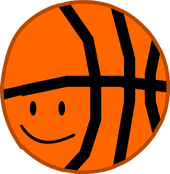 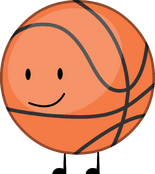 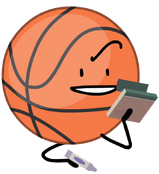 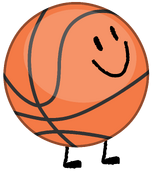 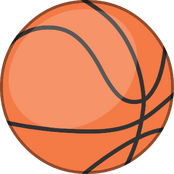 Her voting icon in IDFB.

Characters
Retrieved from "https://objectshowfanonpedia.fandom.com/wiki/Basketball_(BFDI)?oldid=507785"
Community content is available under CC-BY-SA unless otherwise noted.