BFDI: Isolated is fanfiction written by ButterBlaziken230, later becoming a free-add page near the beginning of Chapter 3. It is about a selection of BFDI contestants trying to survive in Evil Forest with Question Box. 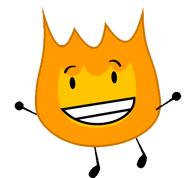 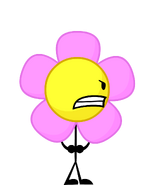 RockStar (appears in Chapter 3) (A) 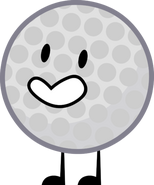 [Question Box sits on the grass in a corner, watching the world go by when Firey walks over to him]

[Firey runs over to Pen being stuck in a bush]

Firey: Don’t worry, we have help. Question Box, can you create a power-up?

Pen: What should we do with this?

Firey: If I grow, I can destroy the bush!

[Firey eats the mushroom, and becomes large. He stomps on the bush, destroying it. Pen falls through a hole that was under the bush.]

Question Box: Let’s get others to save him!

[Firey runs over to Leafy to tell her what happened]

[Firey and Leafy run back to the hole, and find out that Pencil, Match And Flower were there too]

Pencil: Woah! It really is endless.

Flower: Pen is so stupid to fall in!

Question Box: It happened because he was stuck in a bush and then fell.

Question Box: Why are you so mindless?

Match: You want me to jump in?

Pencil: I’m not in love with him. Sheesh. Anyways, where does it go?

Firey: the only way you can find out is by going in!

Match: FIREY! WHAT THE HECK?

[Match jumps in, along with Firey and Leafy]

[all of the characters that fell are seen in a shot, spinning around while music with notes that get lower plays.]

Chapter 1: Life In The Wilderness

Pen: Why is this bed so furry?

Firey: [stands up and looks around himself] That’s grass, Pen.

Question Box: Looks like we’re in some strange forest.

Pencil: This is the worst day of my life!

Flower: It’ll be the best if you stop thinking it’s the end of the world.

Leafy: For some reason, I feel like Evil Leafy is going to appear right in front of us.

Firey: Don’t worry! If he does, we’ll find a way around it.

[They keep walking for some time, and Pen trips over a rock.]

Pen: Ouch! First I get stuck in a bush and now this?

[They continue walking along, when they find a sharp corner of a stone poking out of the ground]

Question Box: Sure is.

Flower: Let’s pull it out of the ground and see what it could be.

[all the contestants try their hardest at pulling it out, but they don’t make much progress. While doing this, Evil Leafy appears.]

Question Box: WHAT THE WHO WHAT WHY-

[all the contestants run away, but get stopped by Evil Canyon. They see Question Box dangling off of the ledge.]

Pencil: I’ll pull him up.

Question Box: Thanks for saving me! Now what do we do? Evil Leafy’s coming!

[Evil Leafy storms towards them, but they move so slightly that it makes Evil Leafy falls down into Evil Canyon]

Leafy: Let’s go back to that rock.

[Flower turns around and falls into Evil Canyon as well, screaming]

Firey: We can’t recover her!

Question Box: Let’s go back to the rock. Maybe it could help us.

[They all walk back to the rock, and begin heaving it out]

Match: This is so, like, tiring. I’m having a break.

Pencil: Yes, seriously. She wants a break, let her have a break!

[Pen gets slapped by Pencil and he falls back on to the rock, slightly sliding it out of the ground.]

Match: No one can like, stop me from my break.

Question Box: You really could help. We need to find out what this grey rectangle is!

Question Box: Phew, I was scared!

[They continue pulling, and realise that the rectangle isn’t the Announcer, but it is a Hand Powered Recovery Center]

Pen: Neat! We can recover Flower!

Firey: Is that really the best thing to do though?

Leafy: Whatever! How about we add some wheels to this thing so we can move it around?

[they see a flash of light]

Question Box: What was that? I saw a flash, guys.

[An outline of a leaf appears, and Question Box pulls the crew back]

Question Box: Stay back, guys! It m-might harm us...

[Everyone hops on the HPRC and Leafy creates some momentum. They dash into the distance]

Match: He can fly now!

[Evil Leafy swoops in, scaring Pencil. She falls off the HPRC and is killed.]

Pen: Don’t worry. We can recover her.

[Pen recovers Pencil, but she falls on the ground and is eaten by Evil Ghost Leafy]

Firey: I have an idea! Let’s create Pencil clones to stall Evil Leafy!

Leafy: That won’t work. It can’t recover someone if they’re already alive!

Firey: That’s true, but let’s give it a shot.

[They try the plan, and the stalling works, but they then find themselves falling to the depths of Evil Canyon]

Leafy: Yeah. Evil Ghost Leafy is still chasing us as we move through the jagged spikes.

Firey: What do we do? If we recover him, he’ll fall into the spikes!

Firey: Just me and you, Question Box.

Question Box: Yeah. [starts to cry] Even if we die, we’ll do it with our friends.

[The HPRC crashes into a cliff]

[Question Box spews out a star in panic, to be eaten by Firey and shared to Question Box]

Match: OMG, thanks! Now I am like, safe from the scary Evil Leafy! This is so, like amazing!

Firey: I’ll remove the spikes, too.

[Firey runs into all the spikes, removing them.]

Flower: I’d rather be dead.

Firey: Well then.. How do we kill you?

Question Box: If only I could create a rotten mushroom...

Flower: Then how will you?

Leafy: BURNING YOU WITH FIREY!!!

Pen: How about we climb out of here, then?

Firey: Okay! But how?

Pen: There are little holes in the wall. We can climb up those!

[Pen climbs up with no failure]

[Question Box makes it up halfway through, but falls and gets hurt]

Firey: That’s gotta hurt. What should we do?

Firey: No! The HPRC doesn’t have Question Box’s DNA registered. If he dies, he’s dead forever!

[Match and Pencil climb up together]

[everyone else climbs up]

Pen: We’re still stuck in this forest, though.

Pencil: How will we get out? I don’t want to live here for the rest of my life!

Question Box: We’ll get out.

Firey: We’ll jump over the hurdles we encounter, like the fact we had to leave the HPRC.

Pen: We’ll get out of here. Hopefully.

[The group are seen walking through the forest, when Firey sees a crater in the ground]

Pencil: What are you saying? Did like, a meteor hit it?

Firey: No, just pointing it out because it’s interesting.

[they keep walking, and find another crater]

Leafy: Woah! Another one.

Flower: That’s not all. Look ahead and there’s more.

Question Box: Look at that one! It’s glowing!

Leafy: Should I touch it?

[Match touches it, and disappears]

Pen: Where did she go?

Pencil: I’m going with her. [she disappears too]

[one by one, they all go in, and disappear]

[Pencil and the others wake up in the Science Museum, located in Yoyle City.]

Pencil: It could be. Let’s take a look around.

Pen: Huh. When I was in the LOL, TB and GB talked about it.

Question Box: SERIOUSLY GUYS I DON’T KNOW WHERE WE ARE- [Leafy takes him outside of the Museum]

Leafy: So, apparently we were teleported to Yoyle City. Look around!

Leafy: These skyscrapers go on for miles. Truly an amazing place.

[they go back in, and see RockStar]

RockStar: Well, if you insist. I’m RockStar, a famous celebrity. Everyone knows me! Accept you, at least.

RockStar: Well, I make music for a living! Should I play some?

Firey: Well, how did you get here?

RockStar: [it switches to an instrumental version] I used to live at the very summit of Yoyle Mountain. If you follow the clouds when you get there, you can get to my home town! However, some crazy shadow guy attacked!

Leafy: Was he a leaf like me, but red?

[they arrive on the top floor, and look across Goiky]

Firey: Where you TRAPPED ME!

Pencil: No, that’s where we recorded the video diary!

Firey: Still, it was where you trapped me.

Pencil: Frankly, we never trapped you.

Match: Pencil! Why would you do that?

RockStar: I don’t know, sounds freakish to me!

[they see 3 objects riding on a pink object, and stop on a road. They start walking.]

Question Box: I wanna met them!

RockStar: But how are we gonna get down there so quick?

Question Box: That’s not what I’m gonna do.

Match: JUMP! [they jump, as a knife suddenly flies towards their legs. Luckily, they jump.]

Question Box: Well, I can give myself the Propeller Suit, and I’ll be A-O-K!

RockStar: Fine, show us what’cha got.

Question Box: [creates it] There we go!

Pen: [thinks he has the propeller suit] YAY! [he jumps down] WHEEEEEEEEEEEE! [he dies]

Flower: Hahahaha! What an idiot!

RockStar: Flower, you have no respect for the dead.

Golf Ball: That’s Pen. He appears to have jumped off a cliff.

Christmas Bauble: I didn’t think he was suicidal!

Golf Ball: Me neither.

Question Box: I’m going to save him. [he flies down, and comes across the two]

Golf Ball: What, to recover Pen?

Question Box: Yeah, he was being an idiot.

Golf Ball: Well, I should begin work in the science museum. I can find the parts to make one!

Christmas Bauble: I thought you hated that place.

Golf Ball: Nah, I built up the courage.

Question Box: See ya, I’m flying back up.

[Question Box flies back up the gang]

Question Box: Good, good. Let’s go to the bottom to meet them!

Leafy: Are they recovering Pen?

Retrieved from "https://objectshowfanonpedia.fandom.com/wiki/BFDI:_Isolated_(Free_Add)?oldid=464870"
Community content is available under CC-BY-SA unless otherwise noted.