BAGUETTE TWO (Battle Among Gelatins Using Expertise To Take Everything To Win Outstandingly) is a camp made by Novakobx22. The camp is a fan-made reboot of BAGUETTE by carykh. The camp features 18 contestants as gelatin flavors, which include 9 from the original BAGUETTE and 9 brand new ones. The camp was officially announced on December 10, 2017. Sign-ups started on December 16, 2017.

On March 10th, 2018, BAGUETTE TWO was cancelled and replaced with Battle for a Bakery.

These were the final 6 team names:

In the end, The Gregarious Gelatins (3 votes), Team Zeeky Boogy Poop, (3 votes), and SOTP SIGN (9 votes), got the most votes to become the new teams of the competition. Creamy Chocolately Goodness only got 1 vote and Flamboyant Boulevard only got 2 votes.

The second challenge was BFDI trivia, a throwback to one of the first challenges from the original BAGUETTE. The trivia challenged contestants about their knowledge of BFDI, BFDIA, IDFB, BFB, and even BAGUETTE itself. Each question wass eligible for up to 1000 points (in the quiz website). Once everyone was done, the scores of each contestant was tallyed to their team score. In the end, The Gregarious Gelatins won first place, with Team S.O.T.P S.I.G.N following at 2nd. Team Zeeky Boogy Poop placed 3rd and therefore is up for elimination.

The third challenge is a baking challenge, where contestants can make a cake, pizza, or burger, but there's a catch. All members of the team will have to work together to make the product. The team captain of each team will assign each member one layer to work on. Once all layers are finished, or when the deadline has been reached, all the layers will be combined into one final product, which will be judged in 3B. The products will be judged based on creativity. The team with the lowest score will be put up for elimination.

The BAGUETTE TWO Elimination Table can be seen by clicking here.

There are two categories for items. Powerups and Decorations. Powerup items are meant to give you or someone else at elimination an advantage/disadvantage. The list of powerup items are shown here:

Decoration items are for decorating your own Confessional Room.

A comparison between the styles of BAGUETTE and BAGUETTE TWO.

An example of a confessional.

The teams and their team captain. 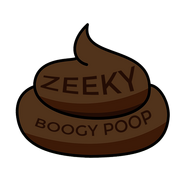 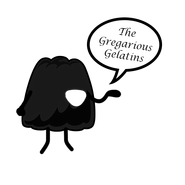 The Gregarious Gelatins Logo
Add a photo to this gallery

Retrieved from "https://objectshowfanonpedia.fandom.com/wiki/BAGUETTE_TWO?oldid=506997"
Community content is available under CC-BY-SA unless otherwise noted.