B-Balloon acts like a cool guy, who is also nice and likes to help people around. 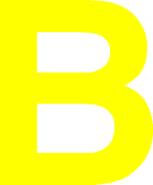 by Blue Marker Fan
Add a photo to this gallery
Retrieved from "https://objectshowfanonpedia.fandom.com/wiki/B-Balloon?oldid=465117"
Community content is available under CC-BY-SA unless otherwise noted.