Axe, labeled The Negative Psycho, is a male contestant and is the main antagonist of Object Brawl.

He is the meanest contestant on the show. All he ever does is try to kill everyone just for the sake of having fun. In Too Many Losers, he's not that psychotic unlike the first few episodes. 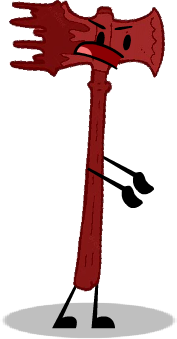 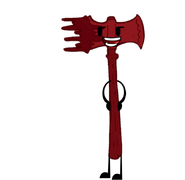 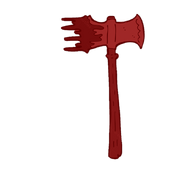 Add a photo to this gallery
Retrieved from "https://objectshowfanonpedia.fandom.com/wiki/Axe?oldid=553290"
Community content is available under CC-BY-SA unless otherwise noted.