The Leader
Alpha, labelled The Leader, is a contestant on The Greek Alphabet Games.

Alpha is well known from sensible contestants as a natural leader, and is shown to be productive. Some think he is being a jerk, but he tries not to (and show that he’s not.). 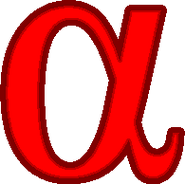 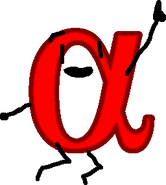 Alpha as Awesome Aquamarine’s RC
Add a photo to this gallery
Retrieved from "https://objectshowfanonpedia.fandom.com/wiki/Alpha?oldid=575159"
Community content is available under CC-BY-SA unless otherwise noted.